Despite their size, being 2.5 metres high, the six attica figures of the Liechtenstein CITY PALACE for the most part appear as if far away. But a few weeks ago they were restored in situ, and we had the privilege of viewing them during the restoration process - at the same time enjoying spectacular views. There follows a series of images.

In autumn 2022, the six 2.5-metre-high sculptures located above the attica of the main facade at the Liechtenstein CITY PALACE underwent restoration. They were not, however, removed and restored elsewhere, but remained in situ, where the restoration work took place. To allow this to happen, an impressive set of scaffolding, 32 metres tall, was erected above the cornice of the building.

Six Roman deities
Having reached the roof of the CITY PALACE, we find ourselves within actual touching distance of the statues. They depict six Roman deities: Minerva, Apollo, Jupiter, Juno, Mercury and Flora. These original artworks by sculptor Giovanni Giuliani, created in around 1700 and hewn from Zogelsdorf sandstone, crown the facade of the central risalit, a key element of the CITY PALACE's imposing main facade.

Now, the scaffolding has been removed, and the six deities are once again left in peace. Anyone wishing to view the sculptures should stand directly next to the facade of the Burgtheater, facing the CITY PALACE, from where Minerva, Apollo, Jupiter, Juno, Mercury and Flora can clearly be seen. 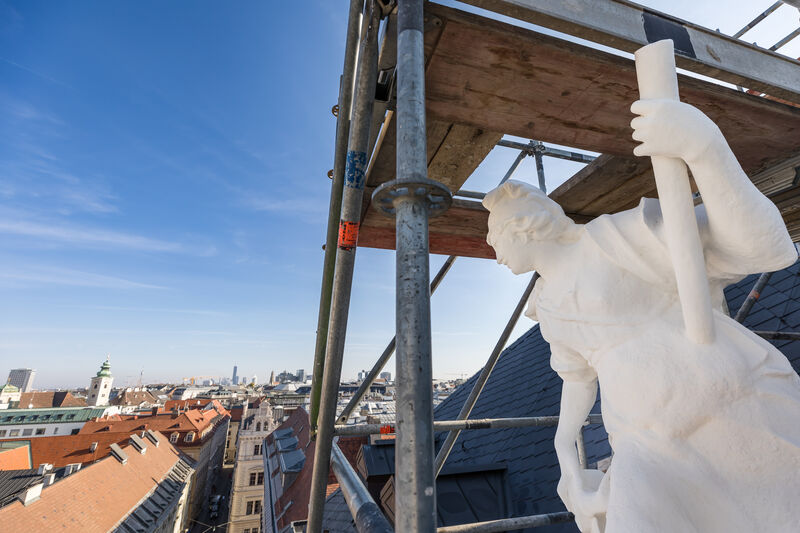 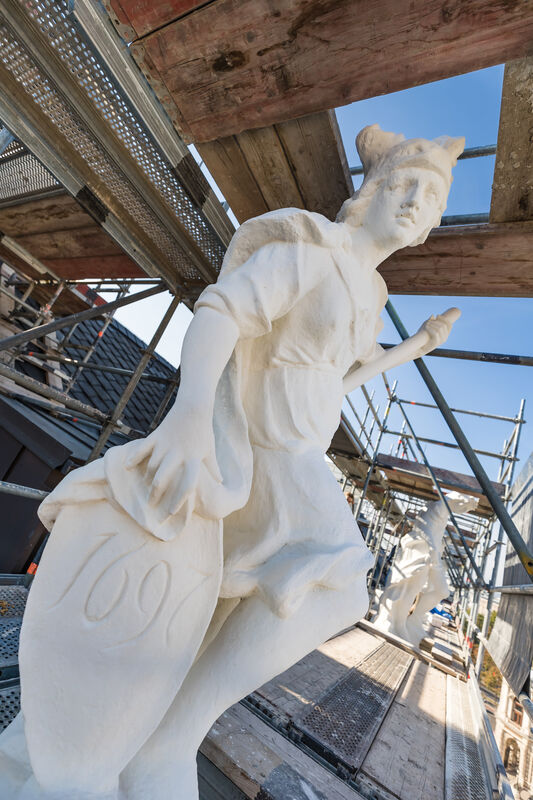 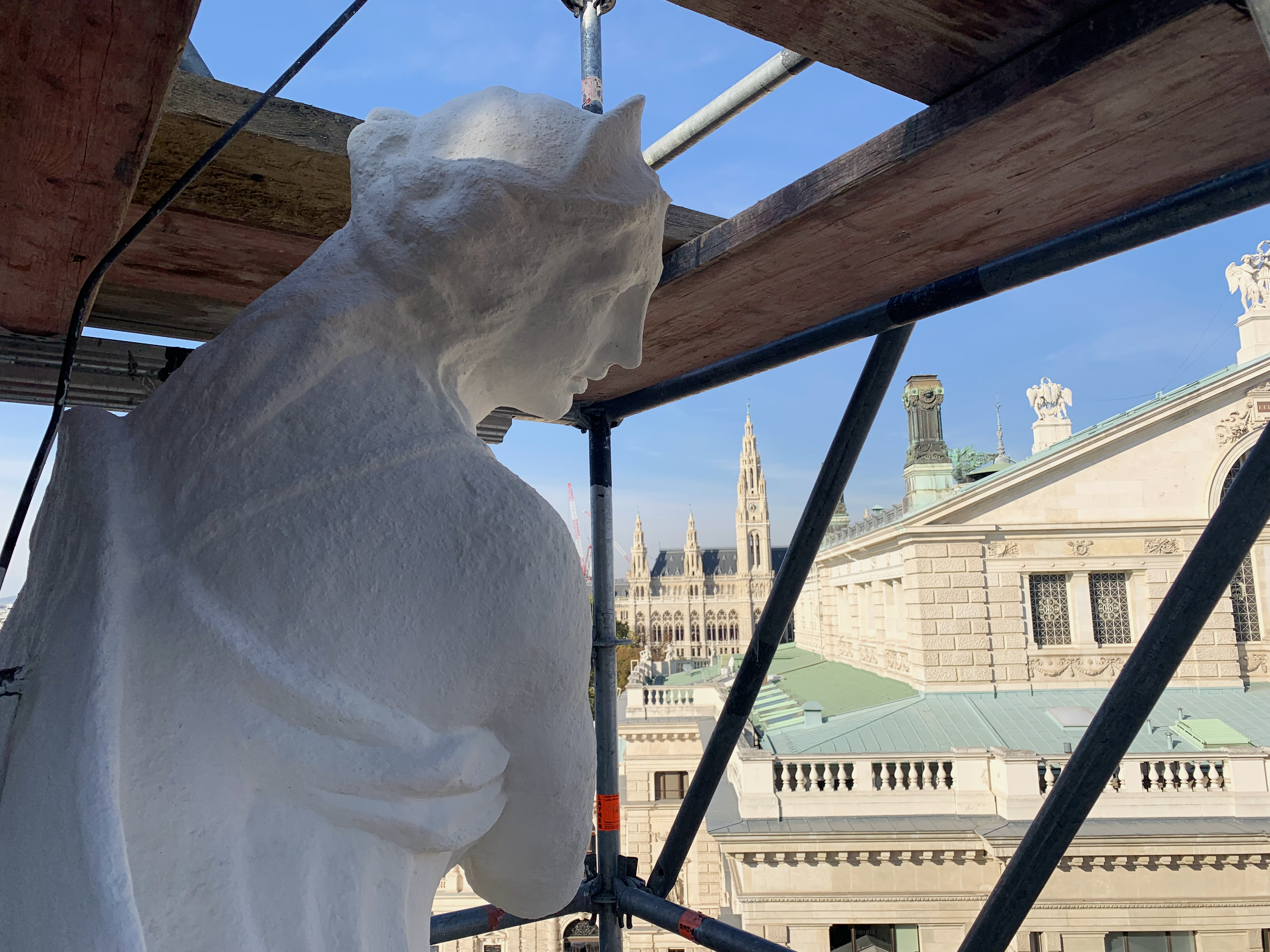 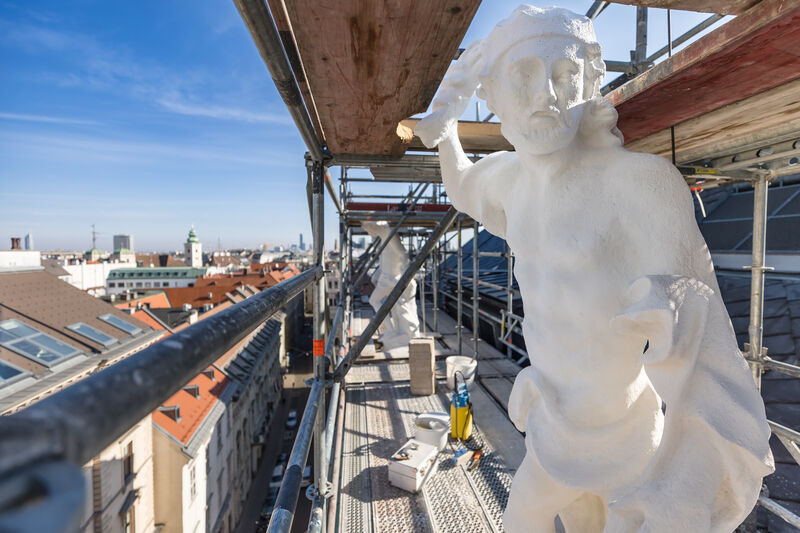 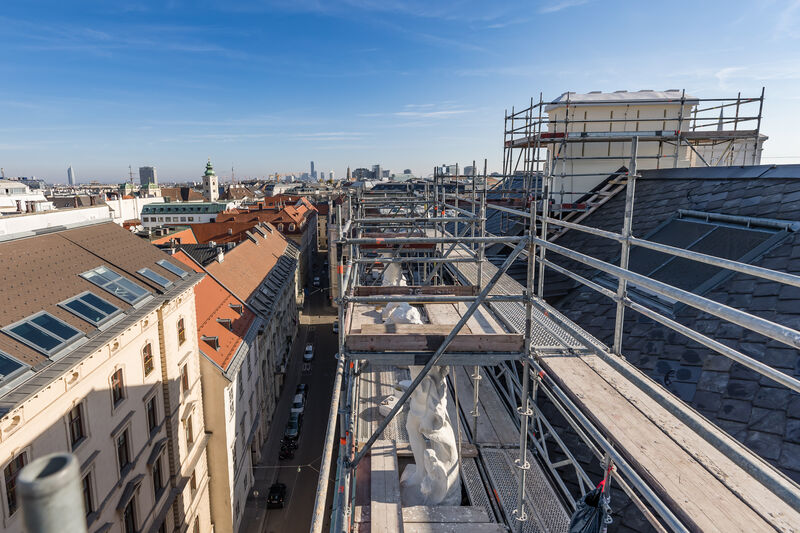 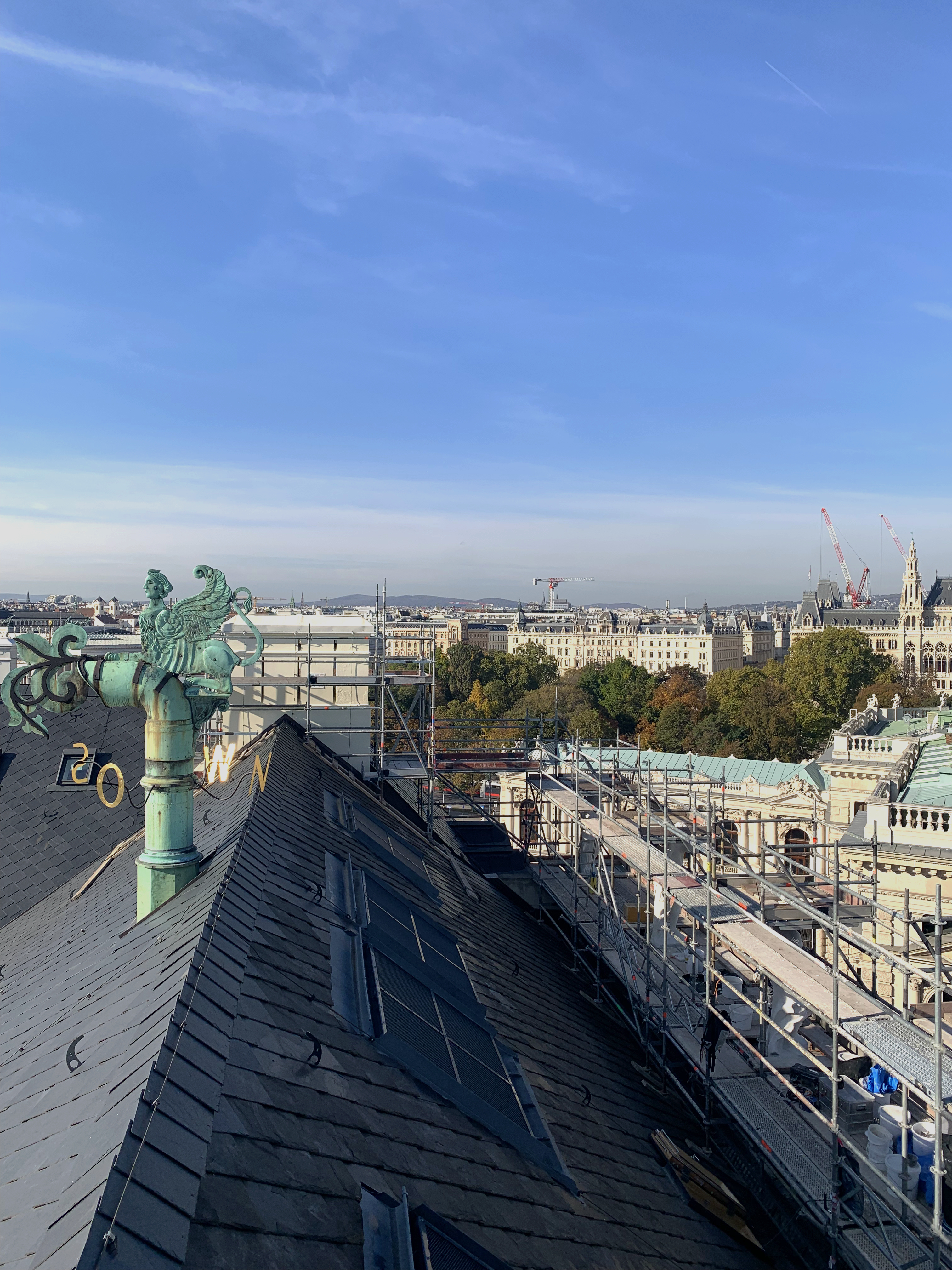 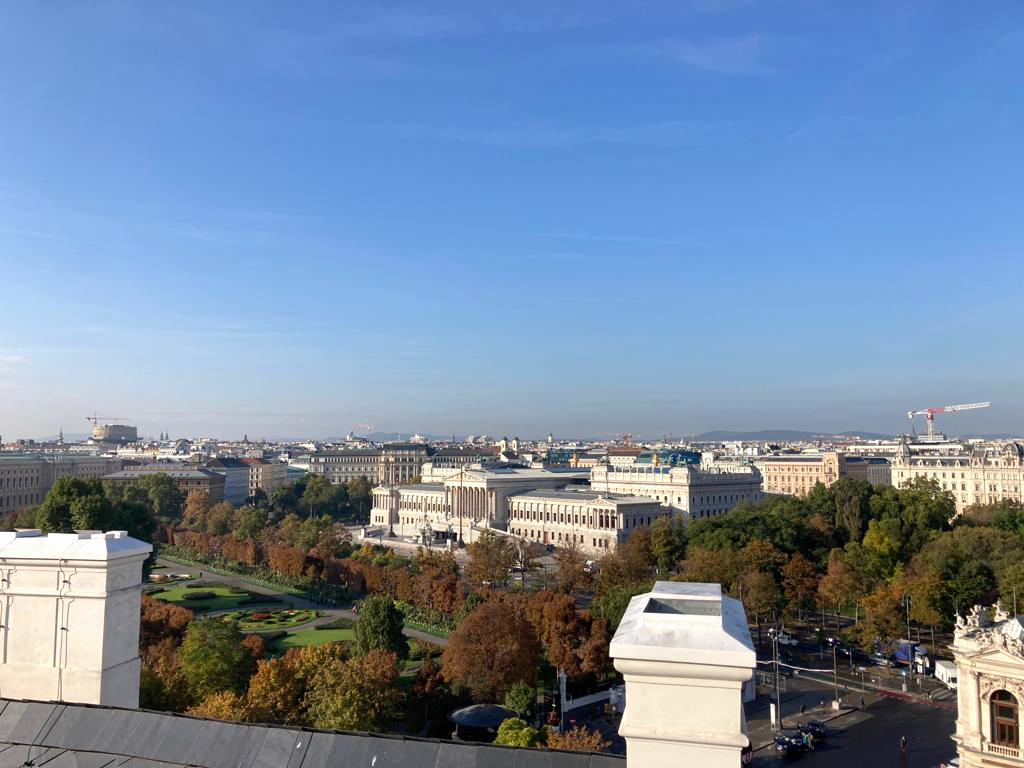 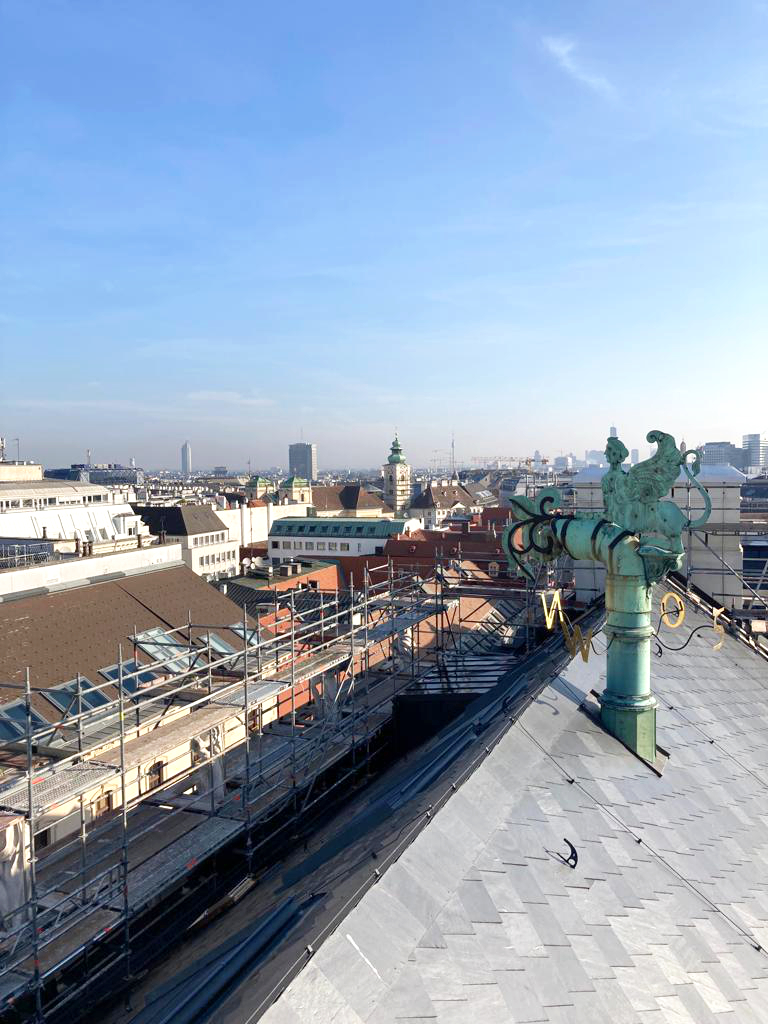