New Acquisition of the
Princely Collections: „Portrait of a Gentleman" by El Greco​

Following its restoration in the conservation studio of the Princely Collections, the recently acquired "Portrait of a Gentleman" by El Greco is being presented to the public for the first time in the Liechtenstein GARDEN PALACE.

Although a family coat of arms at lower right has been preserved and an inscription to the left beside the shoulder dates the painting to 13 June 1570, the sitter has not yet been identified. There is documentary evidence for the artist residing at the Palazzo Farnese in Rome in November 1570. In a letter sent to his patron Cardinal Alessandro Farnese, the miniaturist Giulio Clovio requests quarters for the painter from Candia (present-day Heraklion), who – so Clovio claimed – had already garnered acclaim among Roman artists for a self-portrait. El Greco consequently resided at the Palazzo Farnese for two years before suddenly leaving for Spain. Whether Clovio’s letter of recommendation was a blatant forgery by El Greco and the reason for his abrupt departure is currently a subject of scholarly discussion. Accordingly, the painting in the Princely Collections could have been made in Rome, although it is not known exactly when the painter arrived in the Eternal City. It is also conceivable that it was painted while the artist was still in Venice.

Stylistically the portrait clearly draws on Venetian models, in particular Titian, Jacopo Bassano and Tintoretto. Their influence is plainly apparent in its restrained coloration, monochrome background and the open, partly dry brushwork. El Greco used the book with its distinctive white and red page marker ribbons again in his "Portrait of a Man" that is today held at the Danish National Gallery in Copenhagen and is traditionally dated to the years after 1570. The "Portrait of a Gentleman" was documented in the Priester Collection in Vienna from 1924 before being confiscated by the Gestapo in 1944. After appearing several times on the international fine art market it was finally restituted to the heirs of Julius and Camilla Priester in 2015. In December 2021 it was sold at auction in London and acquired for the Princely Collections. 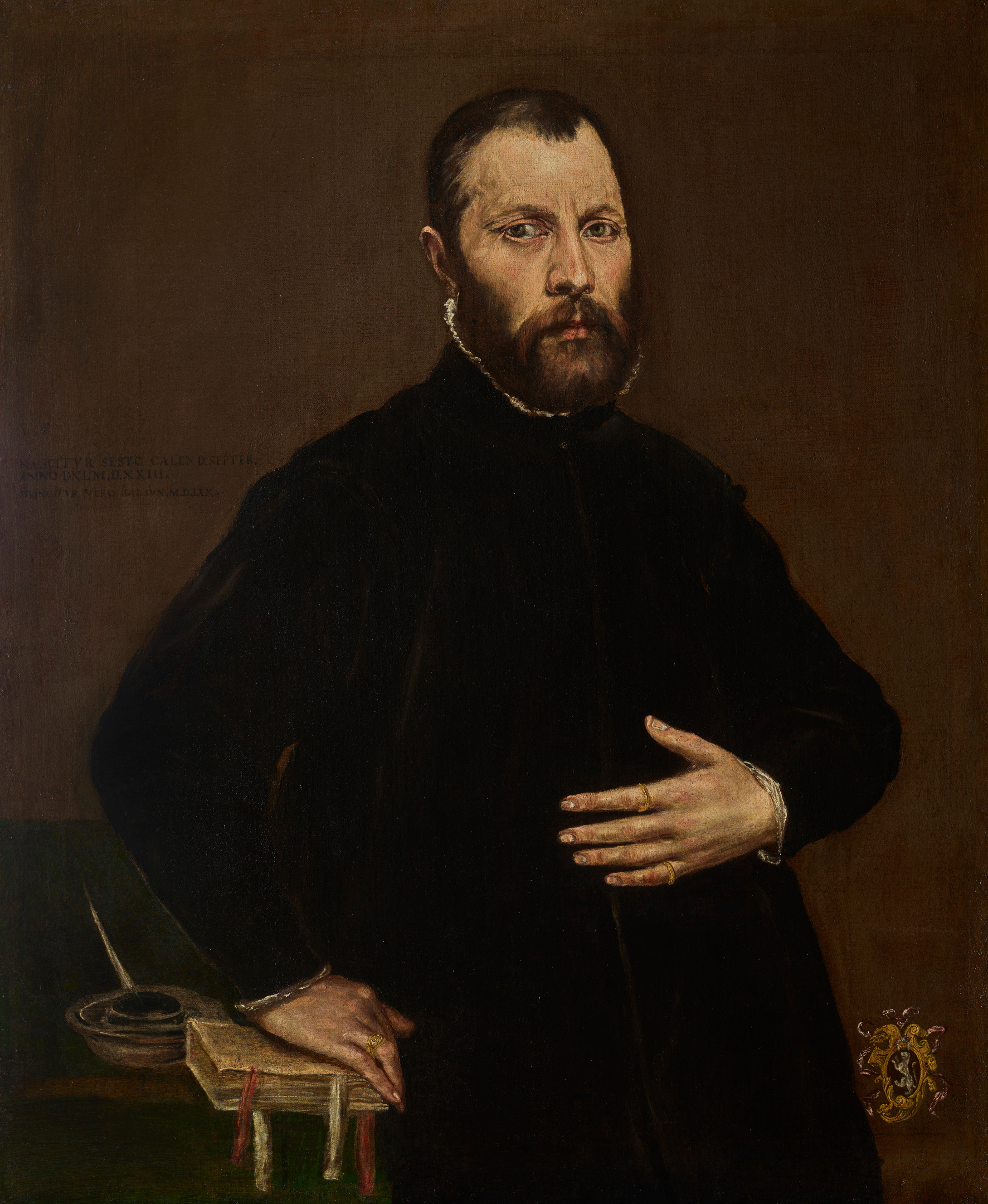 TICKETS & DATES TO VISIT
"PORTRAIT OF A GENTLEMAN" BY EL GRECO

Find more information about new acquisitions
on the website of the Princely Collections.